His approach helped mediate the Russo-Japanese War and landed him the Nobel Peace Prize in 1906.
As our 26th president, T.R. was a real internationalist. 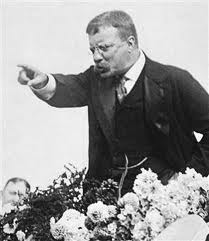 History will best remember Theodore Roosevelt for two crowning achievements. First, as the man who helped usher the U.S. onto the world stage. Second, as a trustbuster and an advocate for a "square deal" for every American. 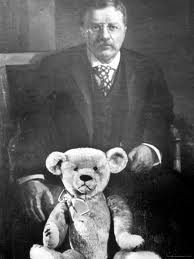 When that war broke out in 1898, T.R. resigned his office to join the Army. He helped organize the First U.S. Volunteer Cavalry Regiment.
He also established procedures to identify criminals, using a method that was the precursor of fingerprinting. And he oversaw the recruitment of 1,600 officers who won their jobs on merit, not payoffs or political connections. 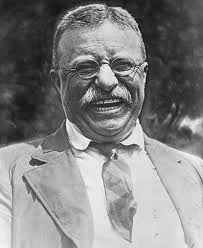 After a stint as Civil Service commissioner, he was named New York City's police commissioner in 1895. This seemed a sure path to failure. New York's "finest" was one of the most corrupt forces in the nation. 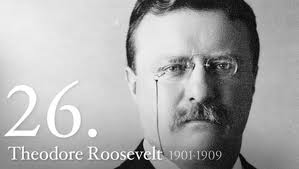 Roosevelt never escaped the trauma caused by his sickly childhood. He was haunted throughout his life by the need to prove himself, to establish his strength and virility. 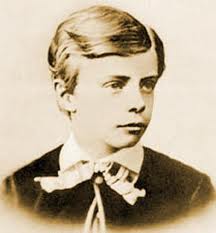 Roosevelt disliked the nickname Teddy. None of his friends or relatives dared to address him that way.

The executive mansion was called the President's House until TR called it the White House on his stationery. 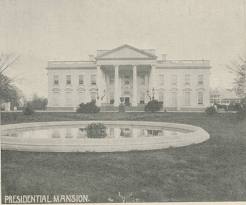 TR's vision was so bad that he was not able to function without his eyeglasses. When he went away to war in 1898, he had several extra pairs of spectacles stitched into the lining of his uniform.

Teddy Roosevelt was the Inspiration for the Teddy Bear 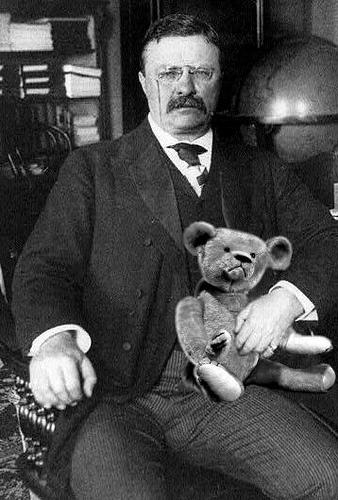 Theodore Roosevelt was often called Teddy, and after one particular hunting trip this nickname took on a new meaning. Roosevelt was an outdoorsman and a hunter, but he also loved animals. On one occasion, he was hunting with some of his aides and a group of reporters. For several days, the newspapers reported that the president had failed to shoot any game. Finally, Roosevelt's aides found a bear, which they cornered and presented to him as a trophy. However, Roosevelt felt compassion for the bear and refused to shoot it.
When a Brooklyn store owner, Morris Michtom, saw the drawing of Roosevelt and the bear cub in the newspaper, he was inspired to create a new toy. He created a little stuffed bear cub and put it in his shop window with a sign that read "Teddy's bear."

As a deputy sheriff, Roosevelt hunted down three outlaws who stole his riverboat and were escaping north with it up the Little Missouri. Capturing them, he decided against hanging them (apparently yielding to established law procedures in place of vigilante justice), and sending his foreman back by boat, he took the thieves back overland for trial in Dickinson, guarding them forty hours without sleep and reading Tolstoy to keep himself awake. When he ran out of his own books, he read a dime store western that one of the thieves was carrying."[24] While searching for a group of relentless horse thieves, Roosevelt met Seth Bullock, the famous sheriff of Deadwood, South Dakota. The two would remain friends for life

In Milwaukee, WI, he stood in the back of a railway car waving to the crowd. A man shot him in the chest, knocking him back into the car. Three presidents had been assassinated in his lifetime and TR had always prepared for such a moment. He put his fingers to his lips and since blood was not coming out of his mouth he knew the bullet hadn’t perforated his lung. The bullet, slowed by a steel eyeglasses case and a copy of a speech, lodged in his rib. Roosevelt insisted on proceeding to the auditorium where 10,000 people were waiting to hear his speech. Mounting the stage he showed the audience his bloody shirt and said:

“I have just been shot, but it takes more than that to kill a bull moose.”

TR then talked for 90 minutes, before finally consenting to be taken to a hospital.
Clearly, Theodore Roosevelt did not just spout platitudes about living the strenuous life; he absolutely embodied and lived the principles he espoused.

In a letter written by Roosevelt, he said it was irreverent to have the words, "In God We Trust" printed on the coins because the money was used by worldly goods and services

He was known to go skinny dipping in the Potomac River during the wintertime.

On October 11, 1920, Roosevelt took a four minute flight in a plane built by the Wright brothers, making him the first president to fly in an airplane 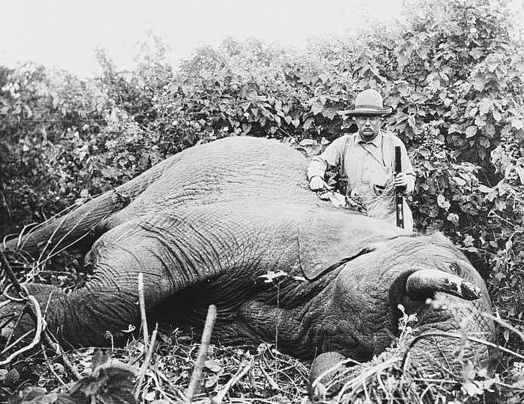