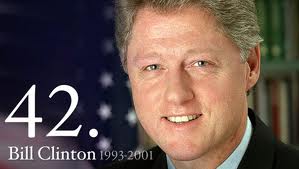 
As a child, he was given the nickname Bubba – a common southern nickname. In high school, he played the Saxophone as part of a jazz trio called “Three Blind Mice.” His passion to play the sax continies to this day. · The roots of Clinton's impeachment began in 1994, when Starr began his investigation and Clinton faced a series of accusations regarding sexual misconduct. In 1994, Paula C. Jones filed a sexual harassment lawsuit against Clinton, alleging that Clinton had made unwanted sexual advances in a hotel room in 1991, when he was governor of Arkansas and she was a state employee Clinton gave 140 pardons on his last day as President of the United States. 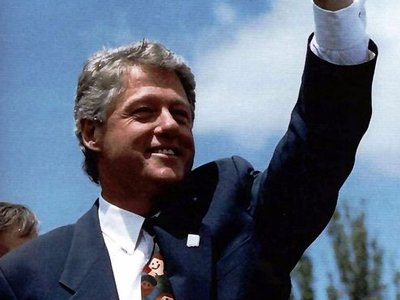 "I did not have sexual relations with that woman." 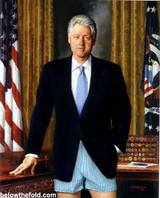 Interesting Facts About Bill
In all of Clinton's T.V. statements while seated at his desk in the oval office, he was not wearing pants.

Clinton is banned from all the strip clubs in D.C. for being too grabby.

Clinton prefers the chubby women 'cause they "got so much luvin to give."

Clinton was elected governor of Arkansas because he quote "talked purty."

Bill Clinton is the most widely traveled president in U.S. history. When Clinton celebrated Thanksgiving when he was governor, he would serve all the servants first before he and his family ate dinner. Bill Clinton's secret code name was Eagle. 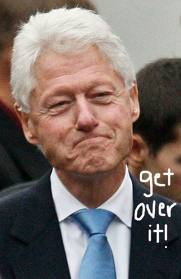